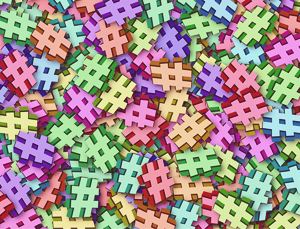 How to Use Hashtags for Effective Marketing

Maybe you’ve heard of and used or are using “hashtags” in your social media posts, but do you know you can likewise use them to boost your online presence? If you’re not yet using them as part of your social media marketing plan, now is the time you try these useful inputs and effective hashtag hacks.

What Is a Hashtag?

A hashtag is a word or phrase preceded by a hash or pound sign (#). It comes as a clickable link that displays real-time feed of every post tagged with the same hashtag. People add one or two to their social media posts, opening the content to other people with the same interests even if they’re not fans or followers.

Unleash the full potential of your posts by following these hashtag hacks from social media experts.

Besides these hashtag hacks, you can use free tools such as Tagboard to check how your hashtags work across several platforms at once. This tool’s design is the same as Pinterest.

If you can’t apply these hashtag hacks on your own, seek the help of expert social media marketers.