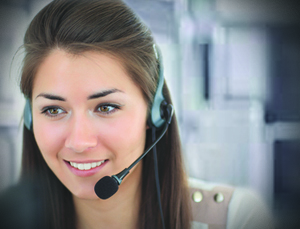 The BPO industry, like any other decent field of work, should never be belittled or made fun of. In the Philippines, call centers have already brought in billions in revenue, and is seen to bring in much more in the near future. What does this tell us? This is a well-respected business, and a virtual assistant in the Philippines should be treated with the utmost respect.

Unfortunately, there are people who still think that a career in BPO is fruitless and silly. Are you one of them? No need to say it out loud. But, for the sake of giving fair warning, here are 5 things that you should NEVER say to virtual assistants in general — not only a virtual assistant in the Philippines. Unless, you want to feel the revenge of a hundred thousand more.

Uhm, okay. How did you know the person you’re talking to can’t help you? Are you asking for a miracle? Maybe you should talk to God instead. Give the virtual assistant in the Philippines a chance! Solving your problem is what they’re trained for in the first place.

Dude, what?! You did not just…How could you even…You called to pay your phone bill! Instead of talking to a virtual assistant in the Philippines, were you trying to reach Call-a-Date.com?

You just took racism to a whole new level. If you want to talk to an American who you think can help you, you should’ve gone to a store instead. When was the last time you called a 1-800 number and actually got a native? Think about that.

If it’s Someone You Know

What? Don’t act like working in a call center is equivalent to eating live chicken for a living. Do you even have any idea how much a virtual assistant in the Philippines get paid? Probably way more than you, so…

Not that hard? Why don’t you try solving other people’s problems non-stop for 8 hours, while fighting to keep awake since your job is at night, and then say that a call center agent’s job is a walk in the park!

Respect all those around you. There is nothing wrong with working in a call center, and virtual assistants in the Philippines are known to be capable, responsible, respectable, and efficient. If you’re looking for VA service that is both affordable and effective, call us today!